After many delays, some to be expected for a project this large and complex, others simply out of our control, SPIDER is finally in Antarctica! Our equipment all arrived on the continent a bit over a week ago and the team has been deploying in several waves. The first few waves actually beat a lot of the equipment here, so they had several days without much to do besides enjoy some hikes and take in the scenery. Once the cargo showed up, there was no shortage of tasks: unpacking, organization, setting up lab and computer benches and networks and of course reassembling the experiment. I arrived a few days back with the receiver assembly well underway.

I’ll have more posts about our work on the Ice shortly (the first bit of lingo one learns upon landing is that Antarctica is simply called “the Ice” by locals), but I wanted to start by writing about getting there and share my first impressions upon arrival.

This is my first time deploying to Antarctica, and while I’ve heard a lot about it from friends and colleagues who’ve deployed to the South Pole and collaborators on SPIDER who’ve launched previous balloon campaigns, nothing can quite prepare you for it.

The fun starts with the process of getting to Antarctica. First you take a series of commercial flights out to Christchurch, New Zealand where the United States Antarctica Program (USAP) is based. Once there, you get issued extreme cold weather gear, watch some orientation videos, and kill some time until your flight to the Ice. If you’re lucky, your flight is the day after you’ve been issued your gear. If the weather doesn’t cooperate, you could be stuck for a few days.

The flight itself is one of the coolest flights I’ve ever been on. They fly us down in massive military aircraft; either a C-17 or C-130. I got to fly down in a C-17 which apparently is the way to go because they’re faster, taking about half the time, and they have the larger cargo bay. We sat in jump seats along the wall while a bunch of cargo, including a helicopter took up the majority space for our flight down.

The views from one of the four windows on the plane are also pretty intense once you’re above the Ice. 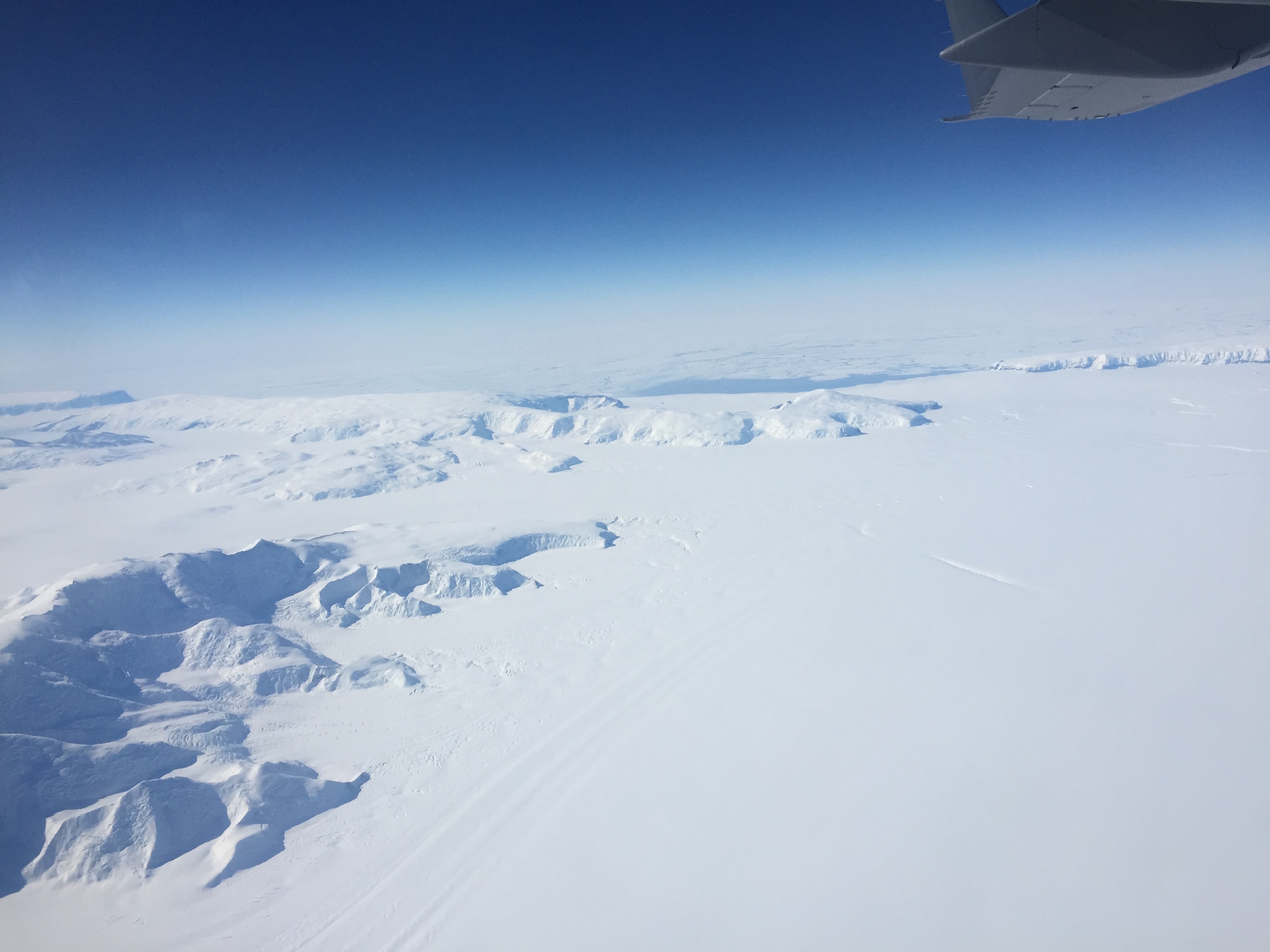 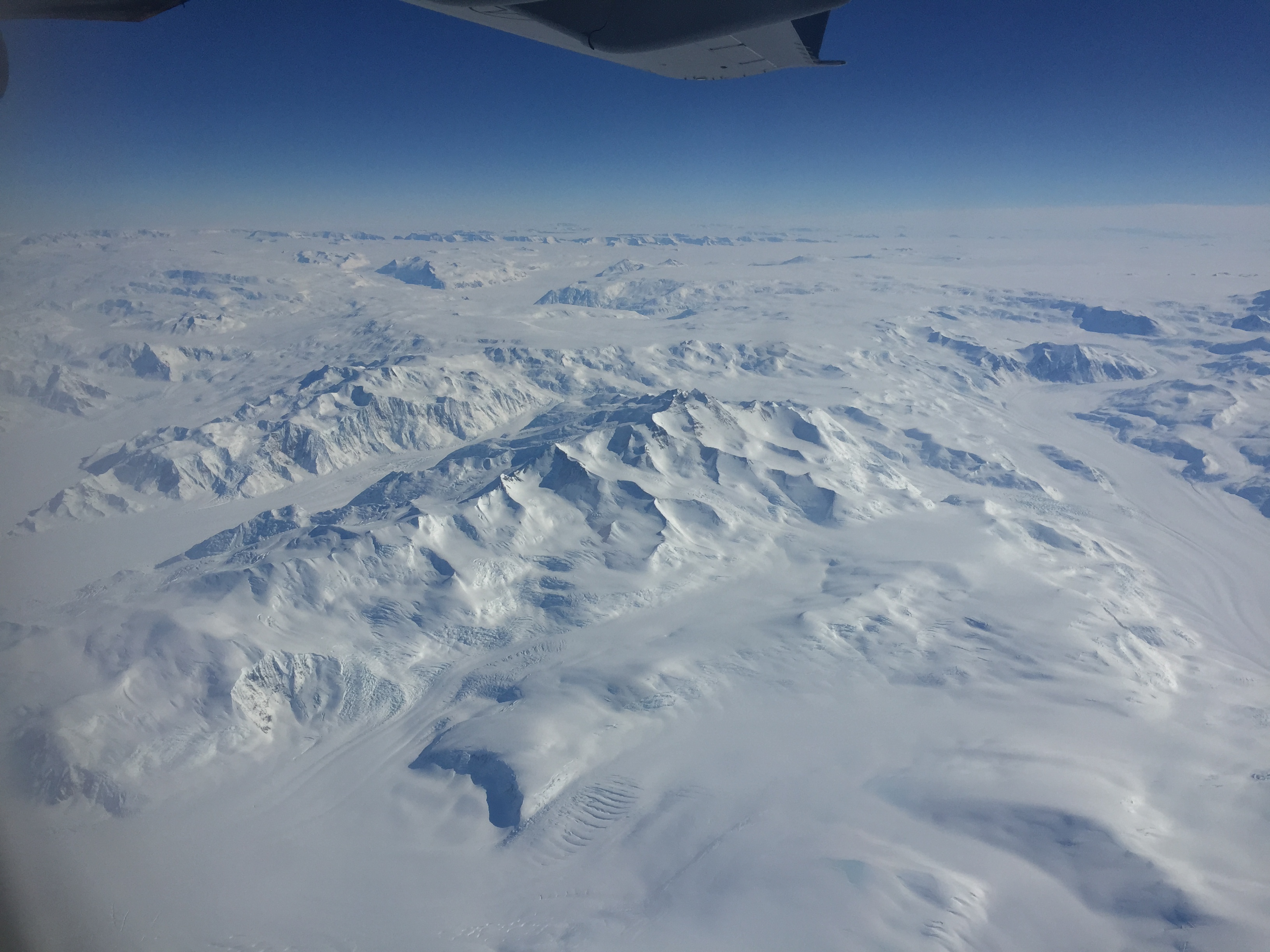 Pretty epic views on the way there. It’s difficult to tell the scale of the mountains in the left photo given how much snow has pilled up. On the right, you can see what I think is a bit of the unfrozen ocean.

After landing and being given a few seconds to take in the impressive view and enjoy the cold shock, we’re loaded into a large vehicle with insane tires that drives a handful of miles an hour to start our journey to McMurdo base. 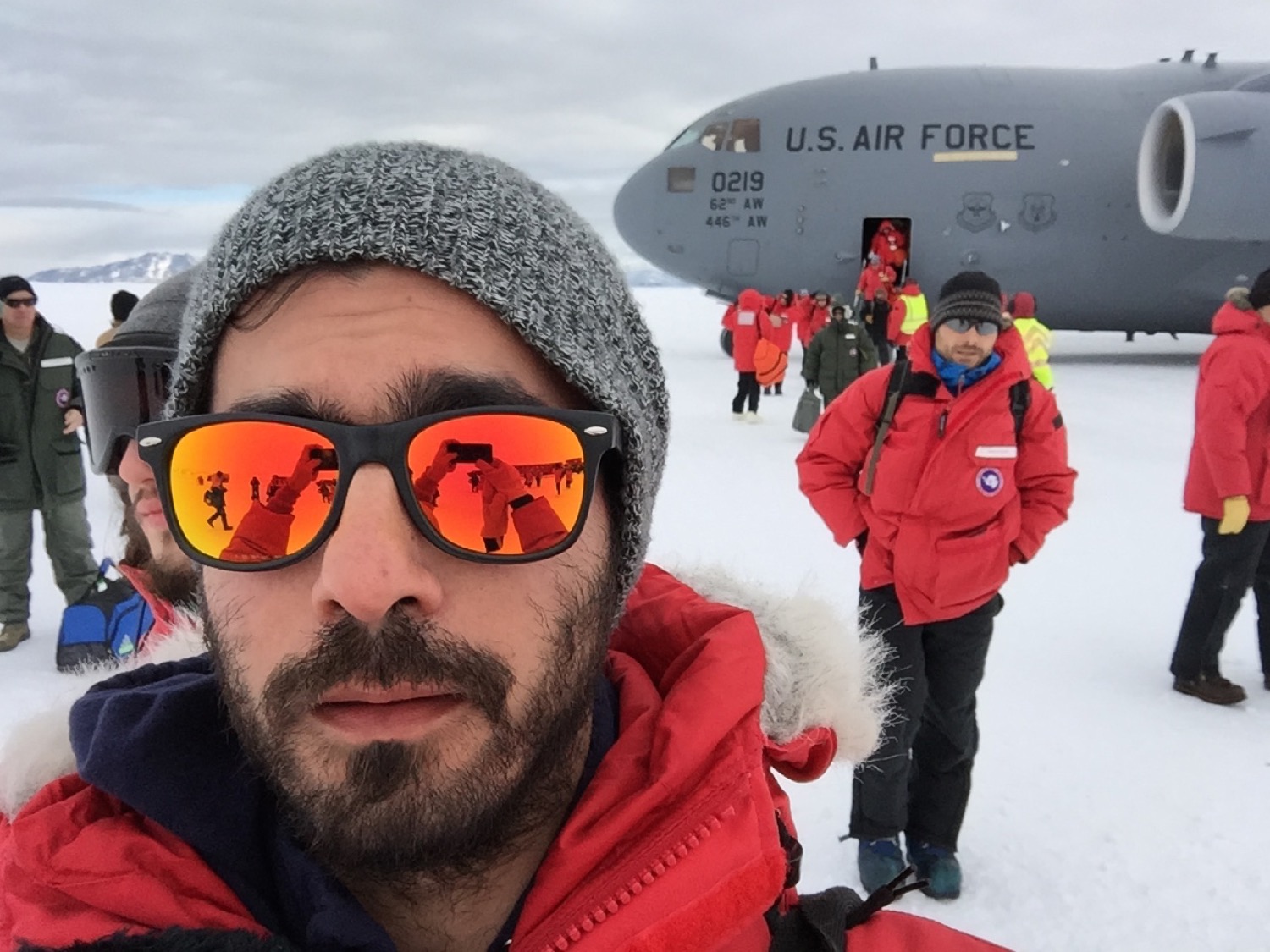 Landing on the Ice. We’re offloaded from the C-17 and onto an intimidating transport vehicle called the Cress (I didn’t have a chance to snap a good photo). Over my left shoulder is Thomas. This is something like his 14th season down working on precise GPS systems with various scientific applications; there are a lot of Ice addicts, apparently.

McMurdo is a strange cross between a mining town and college dorm for scientists and other interesting folks working in various support roles (cooks, technicians, riggers, firemen, drivers, pilots, etc) many choosing to make their way to the end of the world. The place is amazingly livable given the location. We have running water, reliable power, internet and a lot of effort seems to be put into maintaining a healthy docket of leisure activities. McMurdo sits on a currently frozen bay, which makes for a stunning view.

A panorama shot from McMurdo. Most of the station is behind me, but the view of the frozen sea is amazing.

My work is actually carried out at the long duration ballooning facility (LDB). Two highbays and several other buildings are setup at the start of each season to support the payload integration work and prepare for launches. We have our own galley for lunch, and the food has been amazing so far. The views are also impressive. I try to get a good shot every day on my walk in, but it seems cameras (or my skills with a camera) can’t do justice to the shimmering reflections coming off the features along the vast horizon. 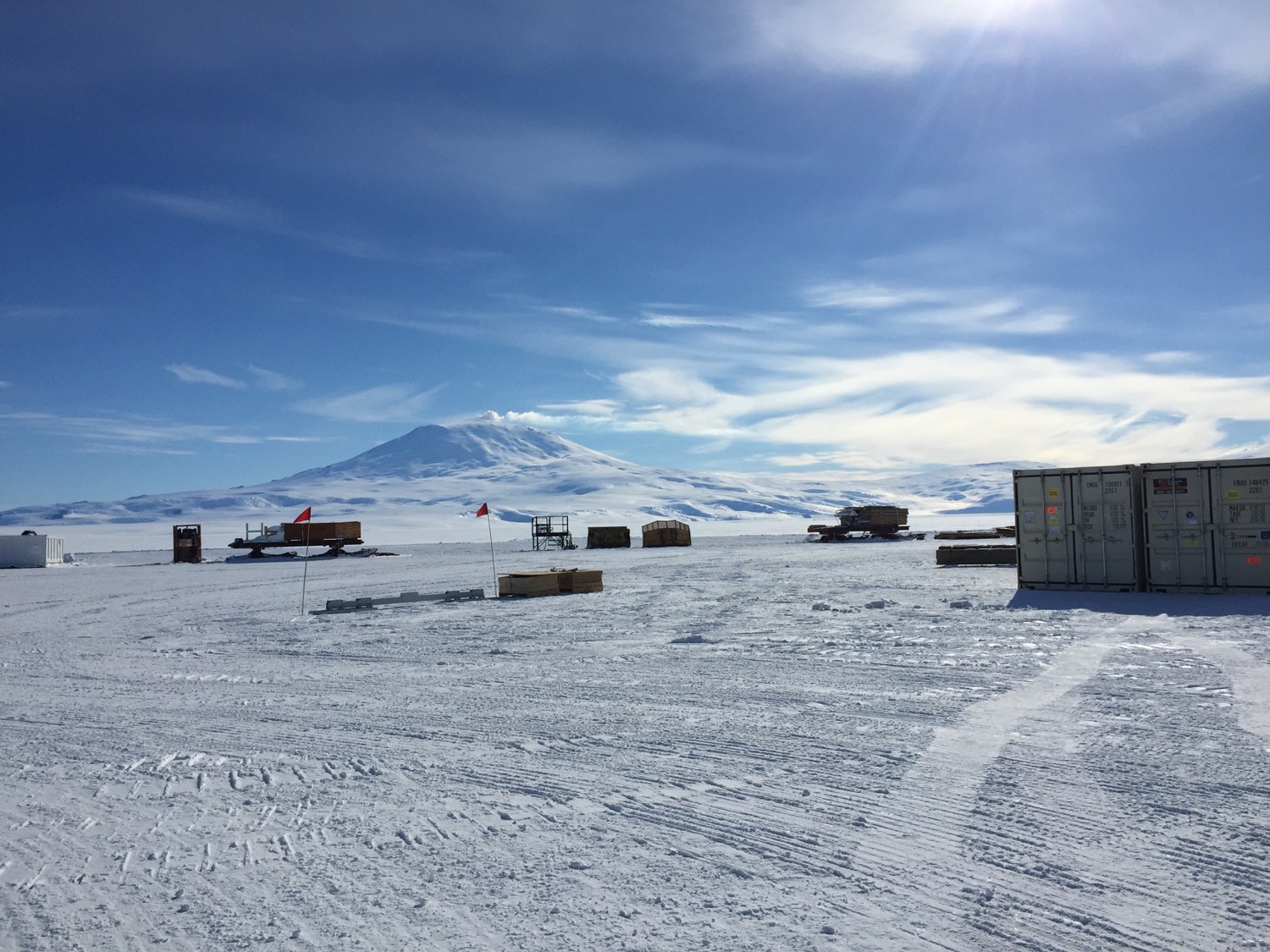 A better shot of Mt. Erebus. It’s actually an active volcano. That wisp of smoke you see near the top isn’t a cloud, but rather a puff from the volcano.

This entry was posted in Uncategorized and tagged Antarctica, SPIDER. Bookmark the permalink.