We have recovered the data! 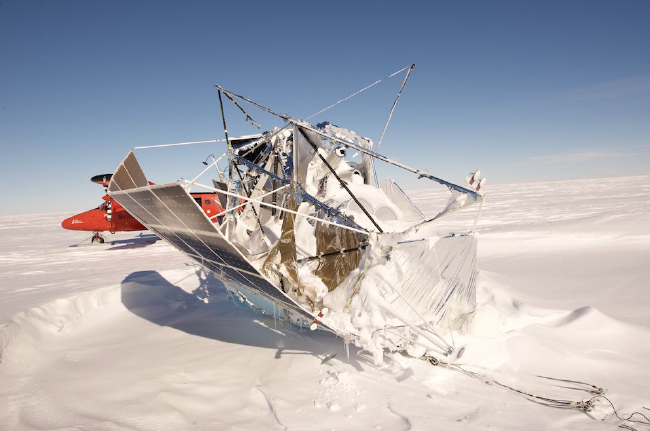 SPIDER at its landing site.

After a long period of anxious expectation, the data from SPIDER have been recovered from the landing site, some 2,300 km (1,500 miles) from McMurdo Station.  The data, residing on a combination of hard disk and solid state drives, are enroute to Punta Arenas, Chile.

Princeton’s Ed Young, and Don Wiebe of the University of British Columbia are en route to Punta to meet the data, assess the health of the drives, and copy the data.  They should be back home by the end of February.

We are incredibly indebted to the British Antarctic Survey for their support in the recovery our data.

This past Wednesday was the first time anybody had been able to reach the location where SPIDER landed almost three weeks ago now.

Because the National Science Foundation has no people or planes out in that part of Antarctica, we partnered with the British Antarctic Survey (BAS) to recover the data from our experiment. As you know, we cannot get any useful amount of data via the available satellite links, so we needed to physically recover the drives.

After quite a heroic effort by the BAS, a guy named Sam Burrell made it out there, recovered the bits of our flight computers that housed the data, and made it back. He is based out of Rothera Station (location noted on the map), which is nearly 1000 miles from the landing site. 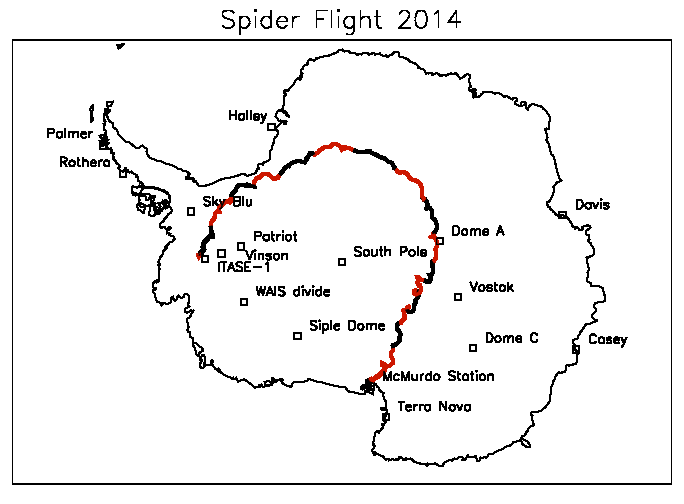 Map of SPIDER’s flight. Note the location of the landing site.

The recovery crew had to first get themselves out to a place called Sky Blu, which is about 300 miles away from Spider. After a week of waiting for good weather, they left Sky Blu for the SPIDER landing site on Wednesday. They took a few hours to extract the critical parts that contain, then flew back to Sky Blu. Yesterday, the team flew from Sky Blu to Rothera.

Below is a photo that I received this morning from Sam that shows the pile of equipment they pulled from the wreckage, including the five cylinders and a tidy stack of rectangular computers, which together represent  three redundant copies of our data. The photo was taken in the hanger at Rothera. 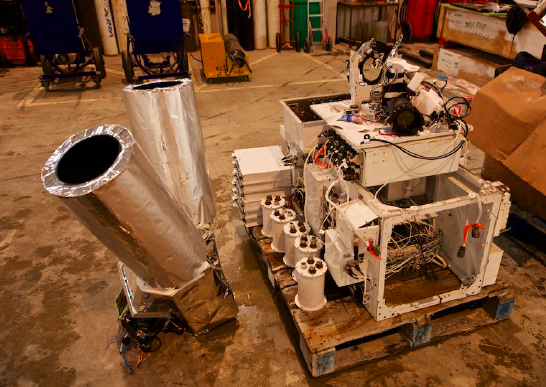 Don and Ed are enroute to Punta Arenas, Chile, to meet the plane coming up from Rothera on Feb. 10. They will assess the integrity of the hard drives, duplicate the data, and bring it north.

The rest of the instrument, including our science cameras, and most of the electronics, remain on the West Antarctic Plateau, and will remain there over this winter. I’m working on figuring out how to get the rest of it back next year, but for now having the data in hand is all that we could wish for.

At this point, getting data from the site to Rothera, we have dodged a lot of bullets. There are a few left, to be sure, but needless to say this is very good news for us!